The 10 Best Dragon Quest Monsters of All Time 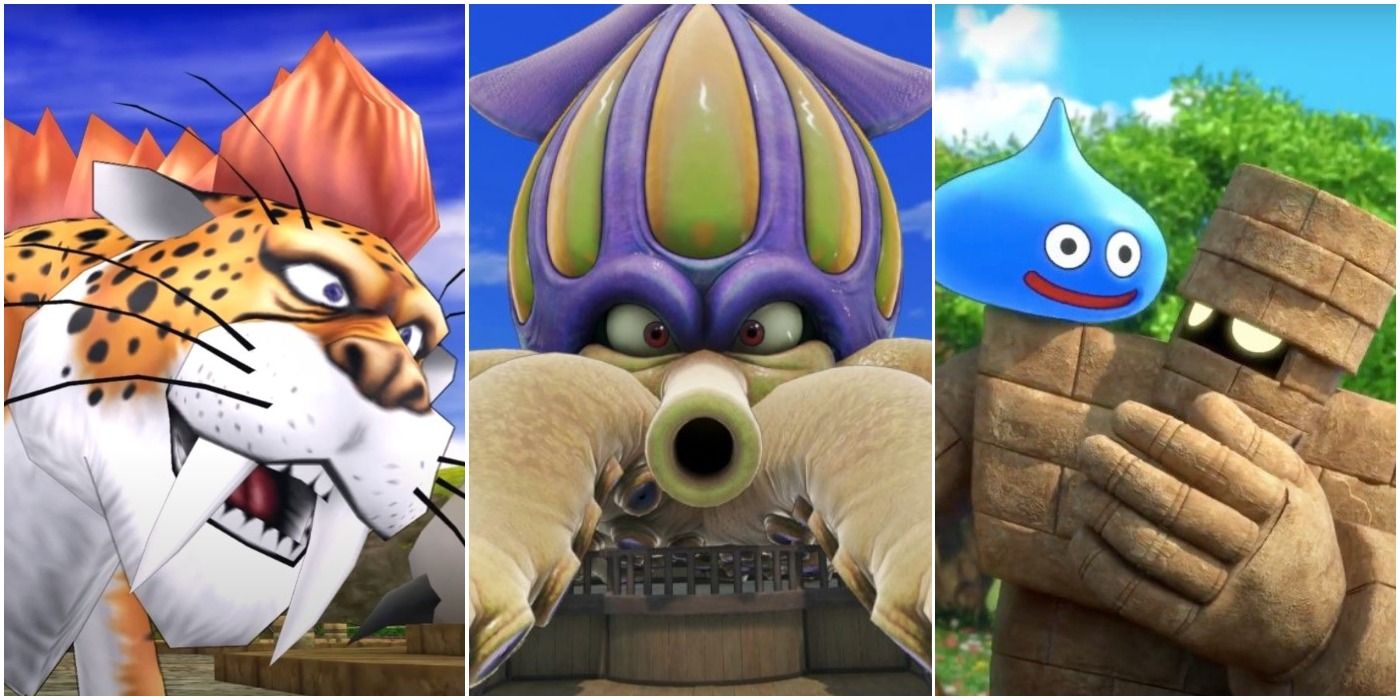 Dragon Quest is the backbone of every JRPG that has ever existed. His importance to the genre cannot be underestimated and his DNA is felt to this day. As a series, it’s been a pleasure time and time again with frankly unbeatable consistency. It was created one after the other and will forever be remembered for its success in refining the genre it spawned. However, there is one more thing that gave Dragon Quest unrivaled durability – its monstrous design.

RELATED: Dragon Quest Enemies with the Most HP, Ranked

The Dragon Quest bestiary is huge, beautiful, and full of creativity. Visually, mechanically, and even linguistically, Dragon Quest is a master class in creating memorable villains. This is, of course, thanks to Akira Toriyama’s iconic art style, which is as timeless as the games themselves.

Let’s start with the original “Big Villain” from the Dragon Quest series, the Dragon Master. This monster is amazing on every level. So much so that we just can’t list all the reasons this guy deserves to be on the list. However, we will touch on some key points. First, he is the last boss of the first game and is very hard to kill. Not to mention, he transforms into a literal dragon.

Secondly, Dragonlord has a bunch of dialogue that changes depending on certain criteria and even offers you a bribe. Accepting this trick leads to one of the coolest endings in any game, where you doom the world out of greed. Heck, it even leads into the Dragon Quest Builders events, which is pretty cool. Oh, and its silly yet timeless design is a Dragon Quest staple.

The original Dragon Quest introduced the world to all sorts of interesting and wonderful monsters. After all, this was the home of slimes. However, it also spawned some of the most terrifying humorous enemies of all time. Of course, we are talking about Bewarewolf – the included monster, because the pun is simply too good to ignore.

The Cautious Wolf joins the ranks of other laughable wolves, such as the Scarecrow Wolf. Beyond the name, the Bewarewolf is not ridiculed and is the bane of many early dragon hunters. High damage and high HP results in an early grave if you stumble upon it at the wrong moment. It would be a shame not to include such a powerful early game obstacle.

Any fantasy game that has a boat worthy of sea salt must have a Kraken. It doesn’t have to be called “Kraken”, it just has to be a big squid attacking ships. Dragon Quest, of course, regularly pits you against its version, the Tentacular. This thing is always big, always dangerous, and in many cases ended the careers of up-and-coming players early.

Big axes are cool. Big dragons are even cooler. Now what happens if you combine the two? You get a Huxaur worthy of an ice cap. These enemies are tough as old boots and deal damage in a way you should expect by now. They swing their ax and breathe their fire. It hurts and we love it. Luckily, they are often relegated to late game enemies, so you don’t have to mess around with them like a naive fool who just walked out of his door.

Hacksaurus even appears in several spin-offs and plays prominent roles in almost every case. Haxaurs do not lose their power when they join your team in Dragon Quest Monsters or during the great monster arena in Dragon Quest VIII. They are prime candidates for recruitment and they never seem like a waste of money.

Many of the monsters in Dragon Quest are bizarre versions of something that already existed. This is exactly what the rather lazily named Ghost (once the Ghost) is. As you might expect, it’s just the soul of a person who has unfinished business. However, what sets Dragon Quest apart is their love of pointy hats and goofy faces. They are the pranksters of the universe, and we would have no other choice.

However, don’t let their innocent appearance fool you. Ghosts are very dangerous enemies that specialize in dealing magic damage. In earlier entries, they were especially dangerous as they could deal a lot of damage and had enough health to be annoying. Once you’ve got a group together, some ghosts could even use AOE magic, which made them even more dangerous when randomly encountered.

A huge one-eyed giant holding a club the size of a small house sounds terrifying. Heck, in most other situations they would be a pretty intimidating threat. This is Dragon Quest, however, and while they are undeniably intimidating, their big goofy smirk and timeless design make them painfully appealing. You just can’t hate these guys, they’re too funny.

RELATED: Dragon Quest: The Villains Who Scared Us As Kids (And Who Failed)

Of course, it all flies out the window when you start breaking it, because cyclops are dangerous as hell. What they lack in polished strategy, they often make up for in brute strength and high health. As a result, they should not be underestimated.

Golems are another classic enemy that returns time and time again to the series. The Golem is both the catalyst for one of the most shocking moments in video game history, and generally just a bizarre enemy to watch. They are nightmarish and enduring at the same time, and only Akira Toriyama can pull this off.

Golems are always strong opponents, and sometimes they appear as bosses. This makes them quite a challenge, especially in the original Dragon Quest. Many gamers have spent hours trying to defeat this behemoth, but it’s always worth it to get the sweet loot that lies beneath the ruins of Cantlin.

Fighting, again, is an original design that came from the original Dragon Quest. These adorable bats just scream with charm. Sure, they exist in the archetype of enemies common to Zubat, and yes, they appear almost as often in random encounters, but you can’t look at Brawlers and not feel warm and fluffy inside. This is a vampire bat, with a smile and lifeless eyes – it’s amazing.

They are enemies through and through in the early game and often join slime ranks as your initial obstacle. They are quite soft, but more durable options appear later in the game. They are also surprisingly strong in magic, which often makes them a priority target in a group encounter. After all, no one wants a face full of fire.

We love the Great Saber for many reasons, but topping the list has to be their amazing introduction in Dragon Quest V. The hero of this game adopts the Great Saber, and the touching story unfolds over many hours. We won’t spoil anything here, but since their inception to this day, we can’t help but love them. They even make excellent mounts.

However, with all this, they are still monsters, and most often enemies that need to be defeated. Great Sabers fit the bill for a tricky chance encounter, and that’s made even better by their fantastic visual design. Saber-toothed leopard with mohawk? A real work of art.

Of course, the best monster in all of Dragon Quest has to be the humble but amazing slimes. Slimes are more iconic than the series itself, etched into the collective memory of every gamer on the planet. Their design is simple, but that simplicity is what makes it great. There are countless slimes in the world of Dragon Quest, but the classic blue slime is still the best.

Slimes are wildly popular, they have their own spin-off series, they have appeared in countless games and inspired even more enemies. You’d be hard-pressed to find a JRPG without the base Slime, and it all started with Dragon Quest. In terms of combat ability, they are wet noodles, but we love to fight them nonetheless. Oh, and did we mention that the age-old Puff-Puff tradition is done by rubbing two slimes on your head?

NEXT: Dragon Quest: The things that have changed in the series (and how it has stayed the same)