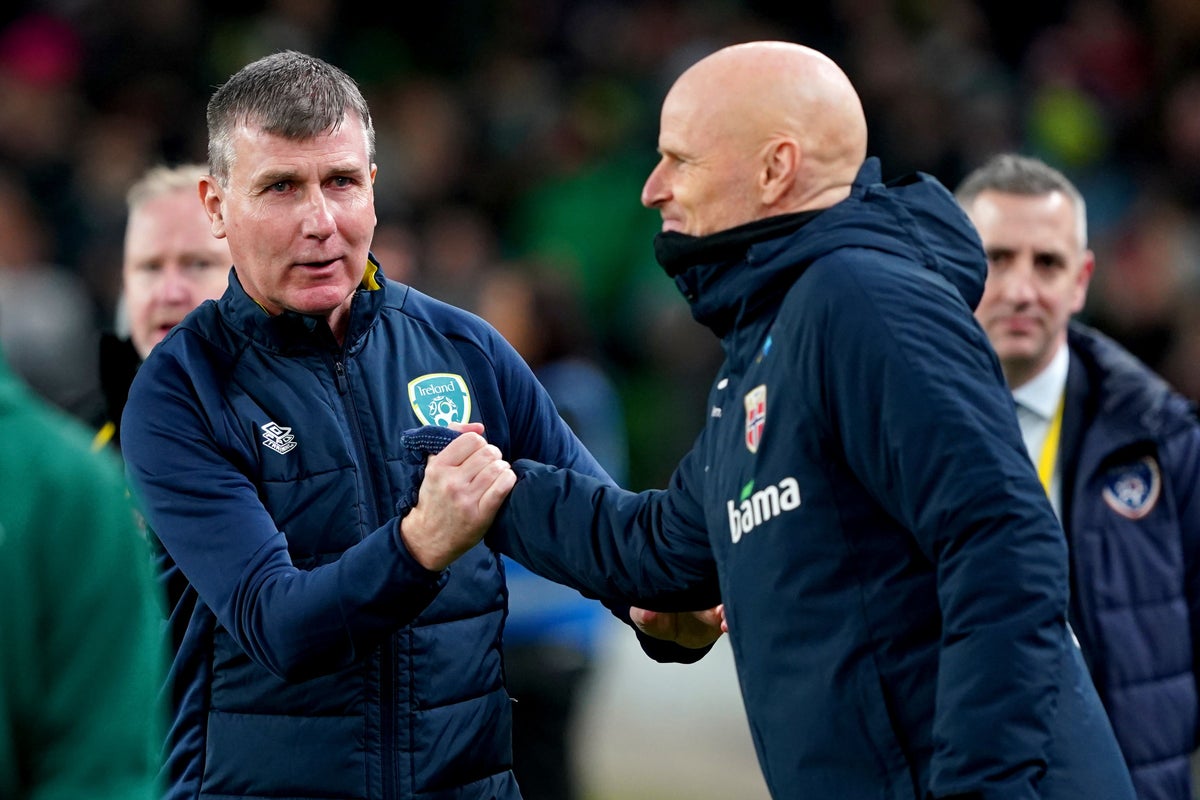 Stephen Kenny had to lament defensive errors when Norway’s hopes of making it to the Republic of Ireland’s Euro 2024 qualifying campaign were undone by Norway after two wins.

Kenny had aimed for friendly wins against the Norwegians on Thursday evening and Malta on Sunday to set them up for the resumption of competitive fixtures with a frightening opening against France in March.

However, Ireland will face issues that need to be addressed at Ta’ Qali National Stadium this weekend, after Norwegian duo Leo Ostigard and Ohi Omoijuanfo took advantage of their weak set-piece defenses to doom them to a 2-1 loss at Aviva Stadium. .

When asked about his hopes to take the field in March, Kenny said, “It’s a completely different game tactically in March.

“We did a lot of good things tonight, but our defense for both set pieces… We knew it. [Ostigard] It was really good in the weather, we saw that for Naples. We know what you did and that wasn’t good enough.

“But it’s the second goal, we have six against three and Nathan [Collins] Headed the player and scored. The goal we conceded was bad.”

Reserve Omoijuanfo shot close-range with five minutes to win a competition where the visitors Ostigard took the lead in the first half, but was pulled back when Alan Browne leveled up from distance with 69 minutes left.

Ireland looked like the more likely winner at that point, but when Collins couldn’t adequately handle Martin Odegaard’s free kick, Omoijuanfo attacked to doom the hosts to a demoralizing defeat.

Kenny said: “I don’t think we deserved to lose. It was a very balanced game overall.

“[Wing-backs] Mat [Doherty] and Callum [O’Dowda] We had a lot of fun in the second half and created good chances before we scored.

“Overall I think we have a few more chances for them and we probably deserve to win. It was very important for us to win.

“I saw the stats before the game, I think Ireland only had one loss here, at nine or something. We have a lot of respect for the Irish team, they had a good time in the game and it was important for us to win.”

When asked about the possibility of Haaland taking part in Sunday’s friendly match against Finland in Oslo, Solbakken said: “I’ve spoken to him and we’ll make a decision. But I won’t bet on the house.