Are you suffering from Modern Warfare 2 Beta performance issues such as stuttering, freezing and frame drops? The second MW2 Beta Weekend has begun. Xbox and PC players are joining PlayStation gamers in testing the Call of Duty: Modern Warfare II beta. However, gamers across all platforms are currently facing challenges. When it comes to PC gamers, in addition to the error code 0x00001338 and the “Verify phone number” issue, they also experience very serious performance issues. If your Modern Warfare 2 PC beta experience has been plagued by FPS drops, stuttering, and lag, here are a few possible fixes. 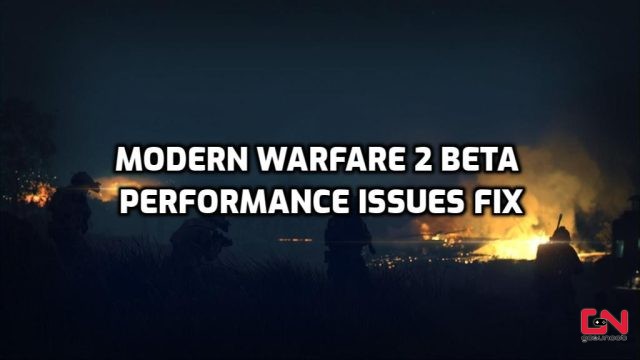 The COD MW2 Beta is now officially available for those who pre-ordered the game on Xbox and PC. Unfortunately, but to be expected, the first day of the PC beta was marked by many problems. Among many other issues, players are reporting appallingly poor performance in the MW2 beta on PC. Beta testers on forums, social media, and Reddit are reporting huge frame drops, unplayable stutters, stuttering, and screen tearing. The situation is just as dire, even for high-end PC gamers who shouldn’t have these problems.

Before we move on to possible solutions, let’s first highlight something. The game is still in beta testing, and there is still a whole month before the official release of the full version of the game. So performance issues and poor optimization are somewhat to be expected. The developers still have plenty of time to hopefully fix these issues by the time the game launches. With that said, let’s see what you can do right now to alleviate these issues:

Before starting the beta test, you should check the minimum and recommended system requirements of the game. And plan your expectations accordingly. If you don’t meet the requirements, please adjust your graphics settings so that your game runs optimally.

Many beta performance issues in COD Modern Warfare 2 can be the result of outdated GPU drivers. So before playing, make sure you have the latest graphics card drivers. You can find the latest drivers either through your GPU software or download them from the links below:

When playing the MW2 beta, it is recommended to disable all non-essential third-party applications running in the background. Many of them are known to cause problems and conflicts with video games. This is especially true for apps that have in-game overlays. This includes the Discord Overlay, Steam Overlay, NVIDIA Overlay, and other similar applications. A number of players have reported that the AMD Adrenalin overlay causes “crazy stuttering”. There are also reports that Steam Overlay is also causing some weird crashes.

Use the “Verify Integrity of Game Files” option in Steam to ensure there are no missing or corrupted files. The Modern Warfare 2 PC beta had a big update at launch, and there may be some conflicts with older files if you’ve preloaded the game. Here’s how to do it on Steam:

If you’re playing the MW2 beta on Battle.net, click on the little blue gear icon next to the Play button and select “Scan and fix”, and let it find any potential problems. For now, this is all you can do to fix Modern Warfare 2 Beta performance issues such as stuttering, lagging, and frame drops. If we stumble upon any other potential solutions, we’ll add them to our guide. Before we end this article, we want to remind you one last time that this is only the first day of beta testing, and maybe things will get better later on.