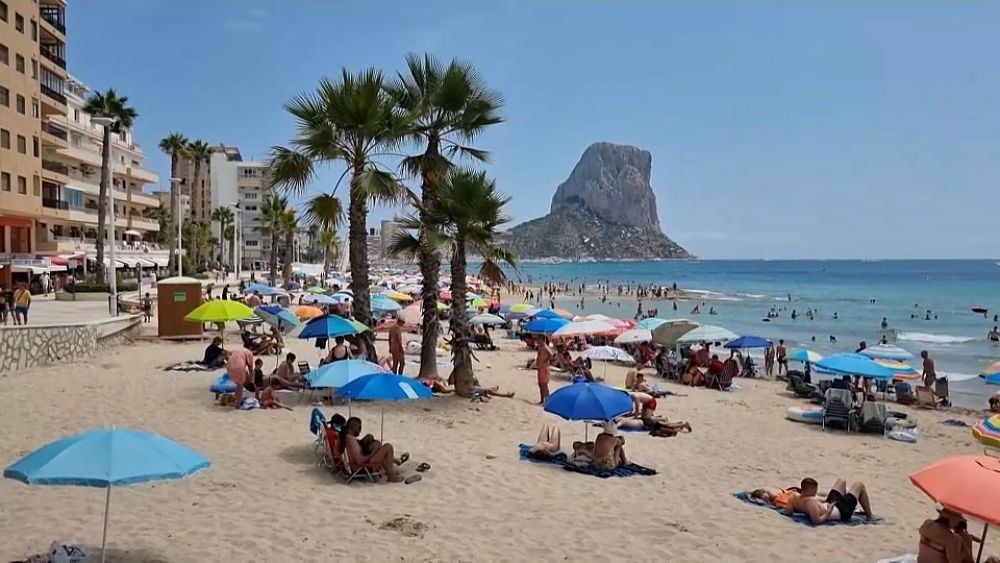 Famous for its golden beaches, the sunny province of Alicante in eastern Spain has become a beacon for European travelers.

In an attempt to avoid large energy bills this winter, some in the north of the continent are opting for cities on the Mediterranean Sea, such as Calpe, about 100 kilometers from Valencia.

In recent years, almost half a million people from 98 different countries have moved to the Costa Blanca and its 200 km long coastline.

Most choose this area because the winters here are mild, but as the cost of living crisis continues, those lucky telecommuters further north are rethinking where they live and why.

According to Statistics, a data analysis platform, an employed adult in the UK needs to earn at least €28,000 to reach a minimum acceptable standard of living in 2022. Across the Channel in France, the eurozone’s second-largest economy, forecasts for economic growth could be threatened as the war in Ukraine continues.

Anne Dingenen, owner of a restaurant in Calpe says: “I think the quality of life is better here. 65% of my workers are Belgian, but I also have English, Spanish, French, as well as Germans. I have them all, yes.”

Attracted by the climate, more and more Belgians, Britons and Germans are making the switch.

“There is no need for heating here.

“People save money by coming here and don’t have to pay for gas or electricity, and now with the rise in prices I imagine a lot more people will want to emigrate,” says Hilde Backaert, a councilor for Calpe city council.

Calpe is home to the largest Belgian community in Spain – which according to Annie Gaudens, president of the Belgian Friends Association, enjoys a better quality of life here than at home.

“In Belgium, it is not possible for a pensioner to go to a restaurant every day, but here he is! We enjoy life here.

The price of energy in Spain has doubled since the start of the war in Ukraine, and inflation is now over 10%.

However, in the southern and eastern coastal areas, winter temperatures rarely fall below high temperatures, so central heating is not necessary.