We are surrounded by music every day. Think about it: if you’re shopping, watching a movie, taking public transportation, or even walking, chances are you’ll hear a tune somewhere. And if it’s catchy enough, you’ll hum or stomp your foot from time to time, effectively creating a bridge between you and whoever picked the song in the first place. And this is also a starting point. It’s just a small step from humming or tapping your toes to singing.

Those catchy tunes I was talking about? They form the basis of the playlists we put together annually for Let’s Sing. Sometimes we dig really deep into the archives and pull out a song that’s been around for decades, and sometimes we’re scouring social media for popular songs. And obviously everything in between, because music is for everyone.

That’s why we want Let’s Sing to be a game for everyone. Kids, teens, Gen Z, millennials, Gen X or older, we want to be as inclusive as possible when choosing songs. So placing one of Disney’s latest anthems (“We’re Not Talking About Bruno”) on the same playlist as a song that many of today’s 30 year olds probably once sang at the top of their lungs (“Complicated”) has meaning.

Throw in an absolute evergreen song released in 1961 (“Stand By Me”), a song that spawned one of the first Internet memes (“Dragostea Din Tei”), or a few hits released in recent years (“Bad Habits”, You Broke Me First, Old Town Road) and you get a playlist that brings everyone together.

That’s exactly our goal with every iteration of Let’s Sing: to bring people together to have a good time. Gather your family on a lazy Sunday afternoon and start handing out mics or gather your friends for a karaoke party. Up to eight players can sing along and have fun in a variety of game modes. And if you’re shy and want to practice solo first, we obviously have that for you with our single player mode.

Remember how I said we want to be inclusive when choosing songs? We do not stop at different genres and eras. For several years now we have been releasing special editions for French, German and Spanish players so they can enjoy songs in their own language or by local artists, as well as international hits. Australian players will also get their first custom edition this year. Because music is for everyone. 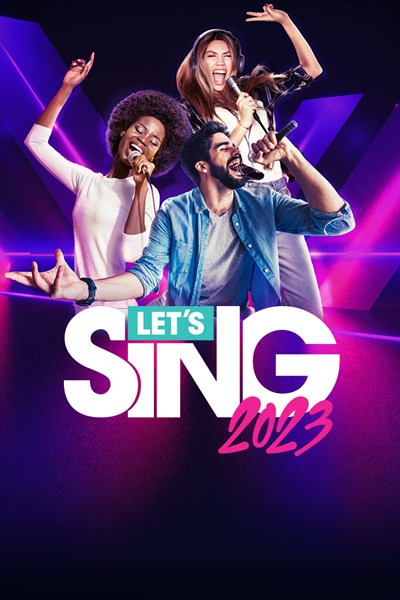 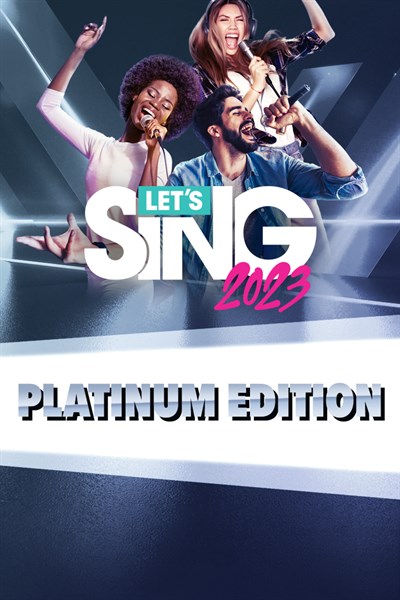 Grab the mic and enjoy singing with Let’s Sing 2023 Platinum Edition! This includes a copy of the Let’s Sing 2023 game and the Let’s Sing 2023 Song Pass, which allows you to sing all DLC content! Turn your living room into a stage with Let’s Sing! Perform alone or invite a friend for a duet or friendly vocal challenge in online and offline game modes. Have fun with Let’s Party mode, where you can harmonize with up to eight singers or climb to the top of the world’s online leaderboards. Play your favorite new songs as well as old classics from the new song collection of 30 exciting and popular tracks. Climb with such popular hits as Bad Habits, Ed Shiran, Old Town Road Lil Nas X with the participation of Billy Ray Sayirus, Happier than Ever Billy Ailish or Butter BTS. If you are looking for something more old, try one of these classic compositions: “Complicated” Avril Lavin, “Get the Party Started” p! Nk or “I Want to Break Free” Queen. – Your favorite karaoke game in next generation games! – More than 95 international songs – sing alone or in the company up to 8 players – seven exciting games of the game! – Let’s Sing Mic app: use your phone as a microphone