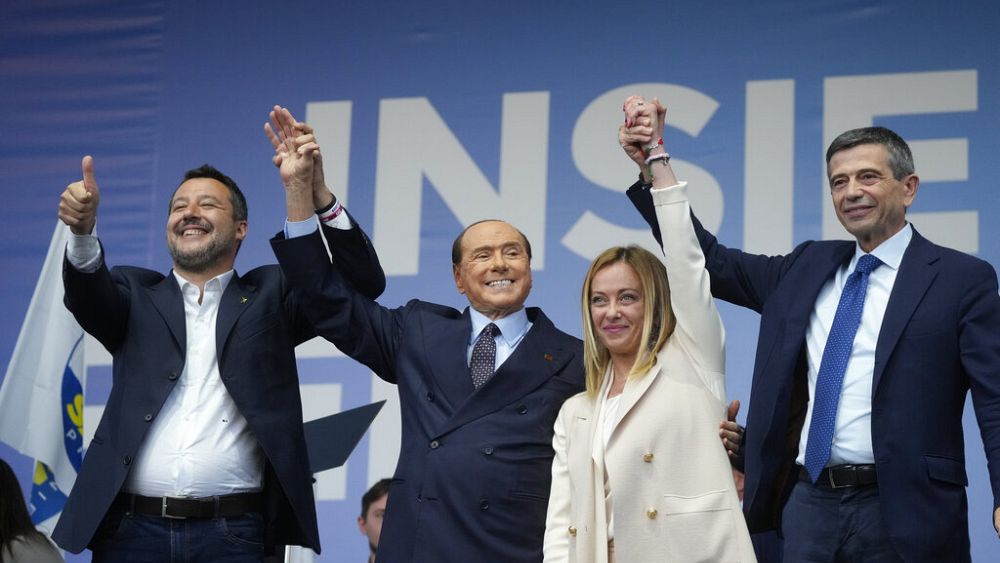 Leaders of Italy’s right-wing alliance showed unity on Thursday and promised a new era of stable government at a final rally three days before snap elections they are expected to win.

Giorgia Meloni of the Brothers of Italy (Fdi), Matteo Salvini of the League and former prime minister Silvio Berlusconi of Forza Italia, aged 85, appeared before thousands of supporters in Rome’s Piazza del Popolo.

They spoke from a stage with the slogan “Together, for Italy” at their first joint event in a campaign in which they were leading in the polls but also clashed over foreign and economic policy.

“We will build a solid, cohesive government with a strong popular mandate, which will stay in power for five years,” said Meloni, who could become Italy’s first female prime minister and the first to hold openly Eurosceptic views.

The Rome-born Meloni, whose party traces its roots to neo-fascism but now presents itself as a more moderate conservative force, spoke to a home crowd made up mostly of supporters of the Brothers of Italy.

“I will vote for Meloni because I believe that immigration and taxes are the main issues that need to be addressed,” 21-year-old Margherita Conti told Reuters.

“But I will also do it because I am happy that we will have a prime minister and that it will be Giorgia.”