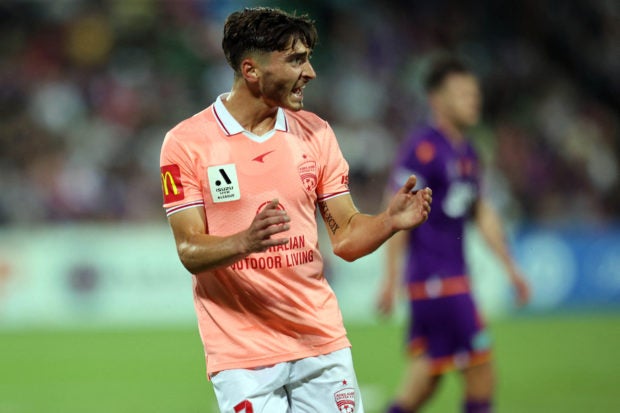 Gay Australian football player Josh Cavallo was outraged Tuesday, saying the sport is not for everyone, after FIFA threatened to discipline teams that wore rainbow-themed armbands at the World Cup.

Armbands promoting LGBTQ rights are seen as a symbolic protest against the law in World Cup host Qatar, where homosexuality is illegal.

Members of seven European teams, including England and Germany, wanted to wear them, but abandoned the plan after football’s world governing body said they could be penalized with yellow cards.

“FIFA has banned all teams from wearing One Love Armbands to actively support LGBTQ+ at the World Cup. FIFA, you’ve lost my respect,” said Cavallo, “I love my identity.

“For all the work my allies and the LGBTQ+ community have done to make football inclusive, you have shown that football is not a place for everyone.”

It’s not the first time we hear
‘Stay with football.’ Attacks
In the LGBTQ+ community
World Cup leaders impress
many people who live in silence because
from your cruel ways. to be someone
great leader in sports, a must
Never stop trying to bring it ALL
people together ❤️ pic.twitter.com/rKLhfAl7KI

Cavallo, who plays for Adelaide United in Australia’s A League, became the only openly gay male football player to play in a senior league in 2021.

His decision to go public has garnered recognition in the football world and beyond, including big clubs like Liverpool, Barcelona, ​​AC Milan and Tottenham Hotspur.

“The World Cup leaders’ attacks on the LGBTQ+ community affect many who live in silence because of your brutality.

“To be a great leader in sports, you should never stop trying to bring ALL people together.”

‘I would have made it more political’: When the USA lost to Iran in the 1998 World Cup | World Cup