Explore the free open world of Sable, coming to PS5 later this year. 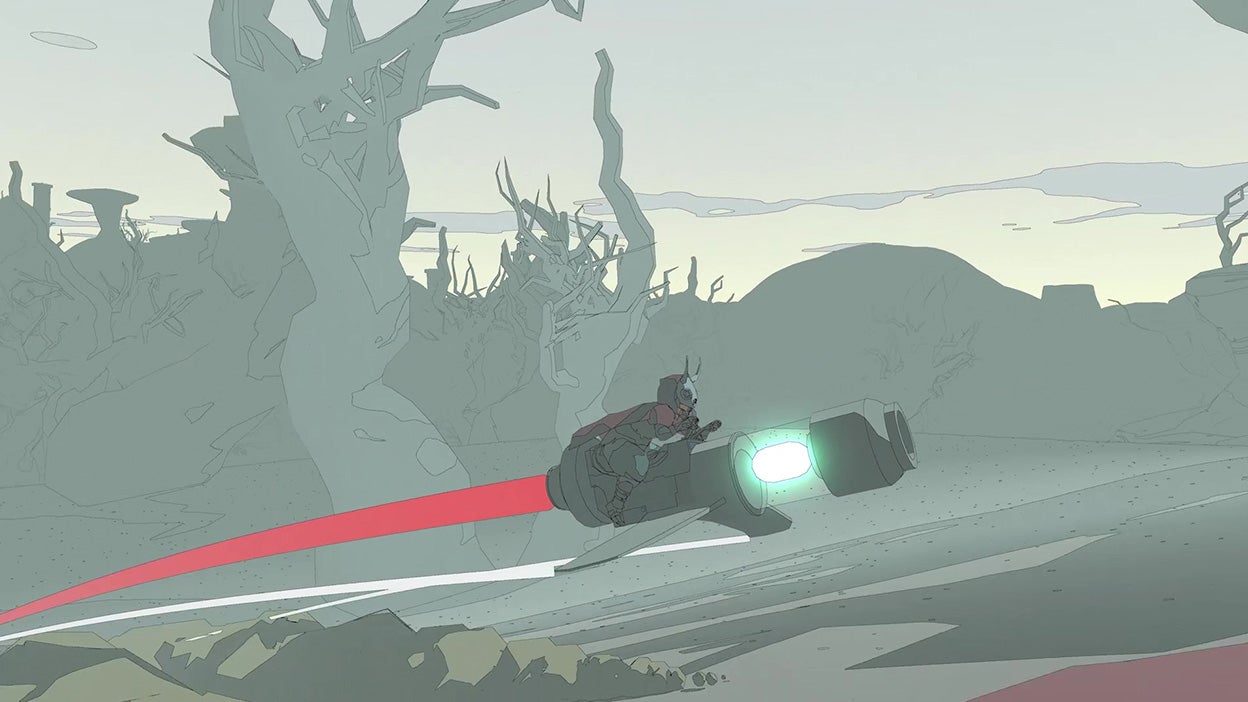 Raw Fury and Shedworks announce critically acclaimed Sable will be released on PlayStation 5.

The Japanese Breakfast Original Soundtrack Exploration Game will be released with additional content and PlayStation-exclusive features by the end of this year for PS5.

Sable tells an atmospheric coming-of-age story on an alien planet full of secrets. In it, you take on the role of Sable, who leaves her home to embark on a beautiful and meditative journey through a breathtaking world of ancient monuments, decaying architecture, nomads, and spaceship wrecks.

The game lets you explore at your own pace as you ride your hoverbike across a wide landscape. On your journey, you will help the inhabitants of the world, discover mysterious places and reveal secrets.

Additional content coming to the PS5 version includes fishing, an angler’s mask, and the ability to add fish and insects to your vivarium.

It will also use a lot of DualSense features.

Sable is currently available as a digital download for PC, Xbox consoles, and through Xbox Game Pass and PC Game Pass.