Enrico Letta: The main rival of Giorgio Meloni in the early elections in Italy 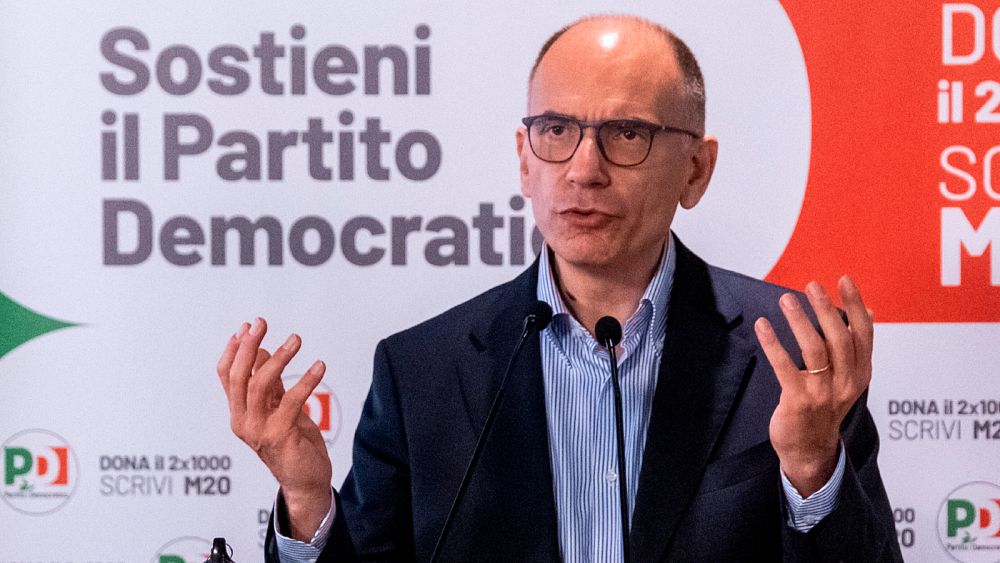 Enrico Letta, leader of the Democratic Party, is Italy’s main center-left force and the main rival of Giorgio Meloni, whose political movement is leading the polls ahead of Early general election on Sunday.

He headed a coalition that included center-right forces after the 2013 elections failed to produce a clear majority. But he lost the premiership after barely 10 months when an ambitious fellow Democrat, Matteo Renzi, maneuvered to take the office for himself.

Burned by the expulsion, Letta headed to Paris to teach at the prestigious Sciences Po university. Due to the internal conflicts that chronically plague the Democrats, he returned to Italy to retake the reins of the party in March 2021.

Letta was thwarted in his bid to build a solid centre-left electoral alliance to oppose Melona and her allies in Sunday’s election when the populist Five Star Movement, the largest party in the outgoing parliament, helped topple Draghi’s government this summer.

The Democratic Party leads a left-wing coalition that lags in the polls behind the right-wing bloc consisting of Meloni’s Brothers of Italy; Matteo Salvini’s Northern League; and Silvio Berlusconi’s Go Italy.

Letta’s party has a mostly moderate, pro-European stance and is fiercely opposed to Putin and the war in Ukraine. He also openly supports LGBT rights, including same-sex marriage and laws to combat homophobia.

He particularly warns against the rise of the Brothers of Italy, which he sees as a potential unleashing of the authoritarian tide.

Learn more about Letta in the video above.