The UK World Cup stars will be protected in the competition from racist trolls with the latest technology that prevents harassment from their phones.

After missing the penalty shootout of Bukayo Saka, Marcus Rashford and Jadon Sancho, who lost to Italy in the Euro 2020 Final, the football stars, who were showered with hate, burst into tears.

But the football bosses of the FIFA world have confirmed that players will be protected by an incredible new “Threat Matrix” troll blocking system in Qatar 2022.

Boffins has perfected an artificial intelligence program that scans millions of online messages and detects abusive words and emojis.

Offensive messages will remain visible on preferred troll sites such as Twitter and Instagram and will not be deleted from the web.

But the incredible technology will act as a built-in filter on the players’ phones, ensuring that they don’t see the morbid taunts of the stars before turning on their mobiles after the games. 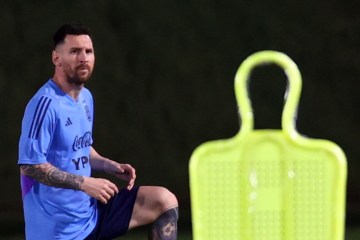 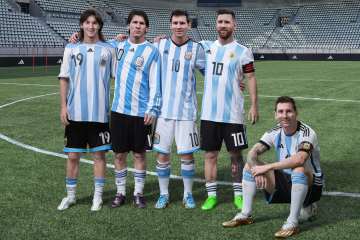 The matrix system is also designed to allow the police to flag IP addresses used by trolls, track them and take action if the law is broken.

“Our focus is moving the current reactive reporting process, which requires a player to receive and report abuse, to a proactive response with earlier interventions to protect players.

“Focusing on Twitter and Instagram, historically the most problematic platforms for online abuse, the service has developed capabilities that include the recognition of images, emojis, as well as keywords, phrases and a long list of swear words, terms and profanity.

“The service flags the most despicable social media posts and provides evidence to social platforms for removal, creating convincing evidence to take to the relevant authorities.”

Following the UK’s sentences at Wembley in July last year, police have arrested 11 people over the spate of online bigotry – two of whom have been jailed.

19-year-old Saka did not stay on the field for long when the match went to the penalty shootout with a score of 1-1.

Moments after his shot was recovered, the British winger’s Instagram was flooded with monkey emojis.

But little has been done since then to drive the haters away from the platforms.

The FA said it was “appalled by the racism online” targeting some players on social media at the time.

A spokesperson added: “Social media companies must step up and be accountable and take action to ban abusers from their platforms, gather evidence that can lead to prosecution, and support ridding their platforms of this kind of heinous harassment.”