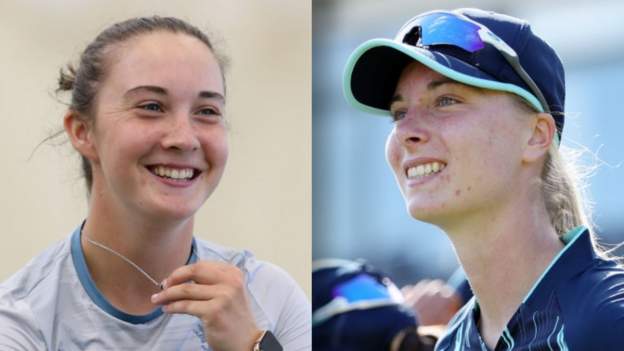 India won their second T20 match against 17-year-old Kemp and remained unbeaten 51 out of 37 balls during their first half century.

“Sometimes when you miss key players, other players come forward and take their chances, and I felt like we really did it,” said coach Lisa Keightley.

“They’re a young group but they worked very hard and showed their talent and stamina to cross the line.”

A 15-man squad has been selected for the three-game ODI series, which will be England’s first fixture in the new ICC Women’s Championship cycle, and the points qualify for the ICC Women’s World Cup in 2025.

Amy Jones will continue to maintain the lead along with vice captain Sophie Ecclestone in the absence of Heather Knight and Nat Sciver.

“Amy has done a fantastic job as captain and was expertly supported by Sophie, so we want them to continue what they’re doing,” Keightley said.

“Another big series, especially with points counting towards the ICC Women’s World Cup qualifiers and with the summer coming to an end at Lord’s, with so much to be excited about.”

The series begins this Sunday in Hove and continues on September 21 in Canterbury before ending at Lord’s on Saturday, September 24.