VR is an expensive hobby, but if you act fast, you can grab a discounted holiday bundle that includes Quest 2 – Meta’s all-in-one VR headset – plus two amazing Black Friday VR games. Several retailers have the Meta Quest 2 Holiday Pack in stock, including best buy, walmart, as well as game stop. 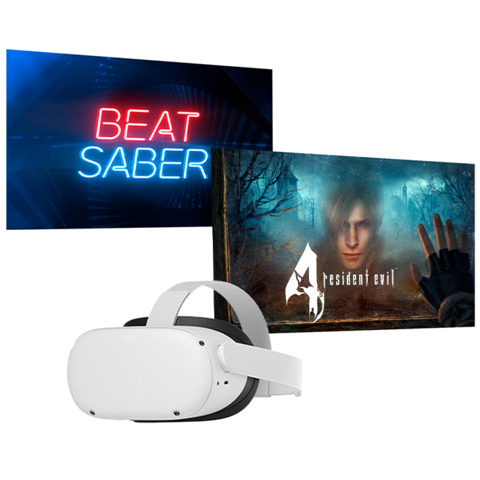 This bundle includes the Quest 2 128GB headset plus all the standard components and accessories you need to set it up, including two touch controllers, a charging cable and power adapter, two AA batteries, and an extra silicone case and gasket for glasses (which you will need if you wear glasses while playing).

Along with the headset and its components, you also receive codes for Resident Evil 4 VR and Beat Saber. 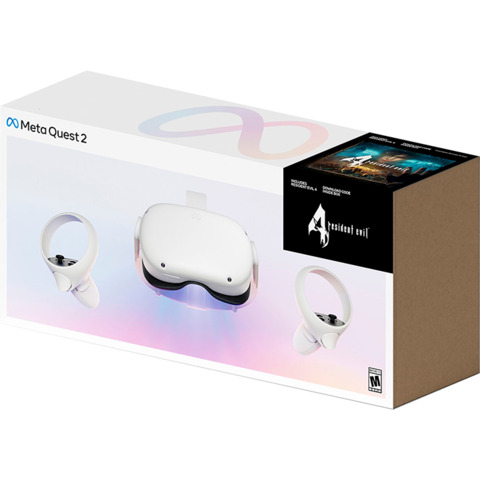 This version of the kit includes a 256GB Quest 2 headset, doubling the internal storage of the other holiday package for just $80 more. This extra space means you can install more VR games, videos, and apps on the headset at the same time.

This bundle is otherwise identical to the 128GB version, including all the same components plus Beat Saber and Resident Evil 4 VR codes.

Quest 2 is an all-in-one virtual reality headset, so you don’t need to plug it into your gaming PC or console for it to work. All the hardware you need is packed into the Quest 2 itself. This makes it much easier to set up and also gives you more freedom in where you use it since you’re not tied to an external device.

As for the included games, Beat Saber is a rhythm game where you cut and dodge projectiles to the beat of the music – it’s like Guitar Hero, but with lightsabers. Resident Evil 4 VR is a remastered version of the original Resident Evil 4 (not an upcoming remake, which also called Resident Evil 4). Players see the gameplay from the point of view of protagonist Leon Kennedy, which makes the already tense action-horror shooter even more exciting and scary.

What are you playing this weekend?